On Friday we were contracted by London caterers Food Show (www.foodshow.org.uk) to provide decoration for a Hollywood themed event at The Royal Festival Hall. A Night Under The Stars was hosted by Stephen Fry in aid of The Passage, a very worthwhile charity helping homeless people. Further details of the charity can be found on http://www.passage.org.uk/. This is an annual fund raising event and this year the concert was performed by The Orion Symphony Orchestra featuring music from well known films. Food Show as always provided the most mouth-watering canapes and bowl food. 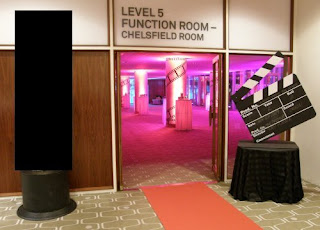 A giant awards statue, clapperboard and red carpet provide a themed entrance to the event space. 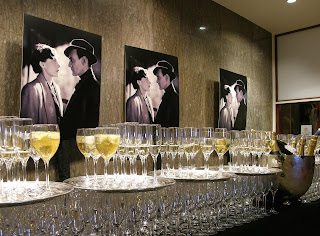 Posters from Brief Encounter adorned the wall behind the bar. 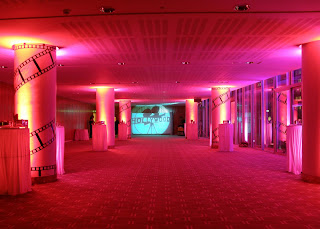 Theming included a Hollywood projection on the far wall and filmstrip wrapped around the columns. Uplighting was provided by the in-house AV company. 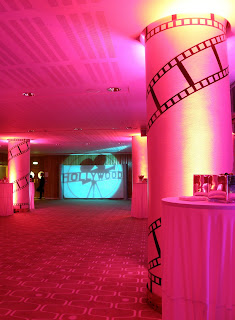 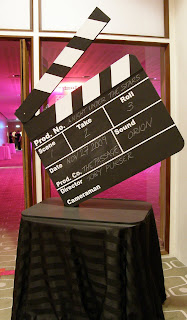